I recently attended a class at Mat-Su college titled "Edible Wild Greens."  We went over a lot of the plants and berries available for harvest and consumption in the Valley. Most of the plants---such as fiddleheads--- are only edible if picked as new growths in the springtime. Poking around the woods the other day, I came across a small field of fiddleheads on the upper banks of Lily Creek. I've never eaten fiddleheads before, so I picked a small amount and planned to cook them up as a side dish for that night's supper with Grandma. I washed them, dried them and sautéed them up in a little olive oil until tender. We ate them with chicken and au gratin potatoes. And...?  I was unimpressed and a little disappointed. They were more bitter than I expected and certainly did not match up with the rave reviews the plant ladies at the Wild Edibles class gave them. These ladies were practically drooling just talking about eating these things.  Maybe I should have fried them in butter?  Well.... after a little bit of research, I determined the fiddleheads I collected were Ostrich Ferns AND I did not prepare them properly, which might account for the taste.  The brown papery covering on the plants was to be removed---something I did not do.  The fiddleheads were certainly edible---but I found them more tasty when covered in cheese sauce than not. And I LOVE green things---asparagus, brussel sprouts, etc. etc.  So, I'll go scouting for more fiddleheads the next time I'm out and give them another go. 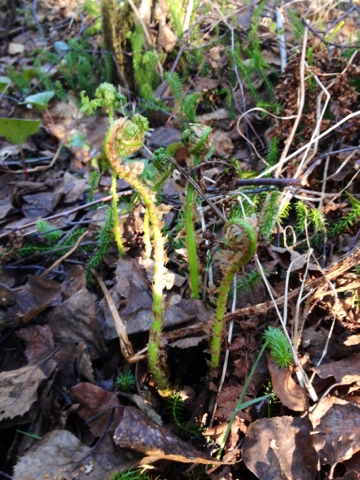 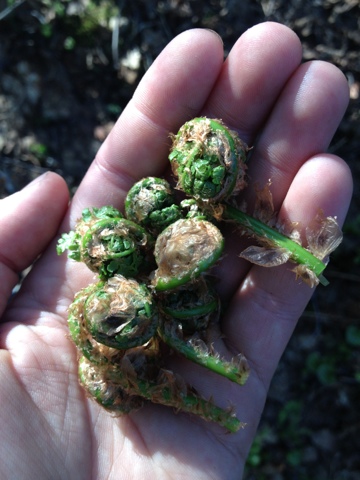 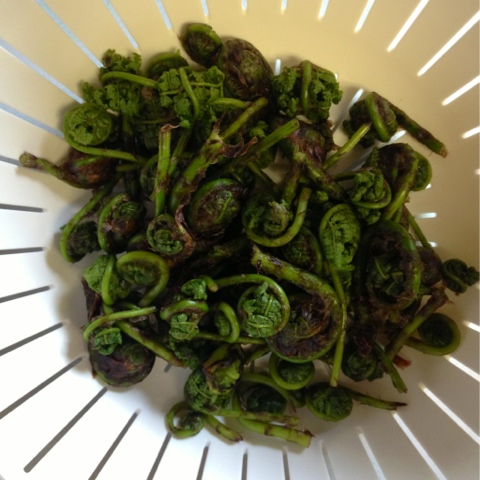 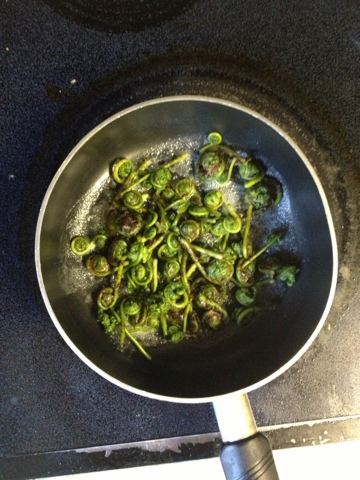 I found this page:  http://plants.alaska.gov/publications/pdf/Fiddleheads.pdf   helpful in identifying my fiddleheads. There are quite a few good books on edible wild plants in Alaska; I plan on ordering a few.
Posted by Lisbet at 1:35 PM 3 comments:

80F and sunny yesterday after work. I felt like taking a walk, so I grabbed my boots and ice water and  trudged around in the swamps and woods north of the house with Pea and Linnea for a couple hours. We came around the backside of L-shaped lake and surprised a pair of loons. The air rising off the swamp moss was so warm and the lake looked so cool and refreshing, but a dip will have to wait for a couple weeks as the lake is literally cold as ice. 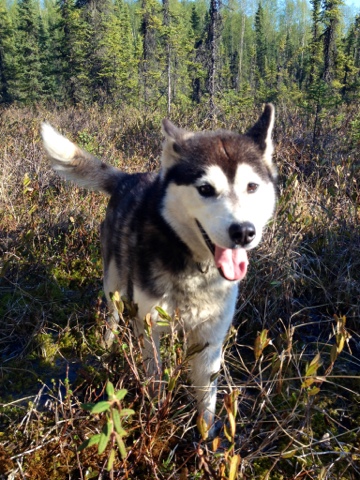 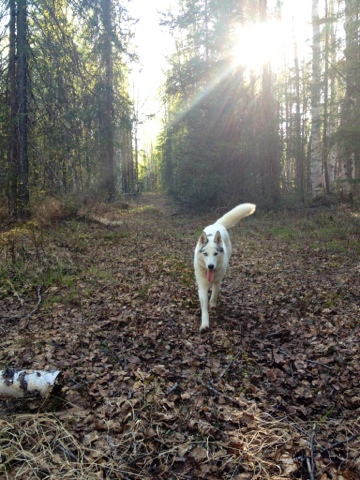 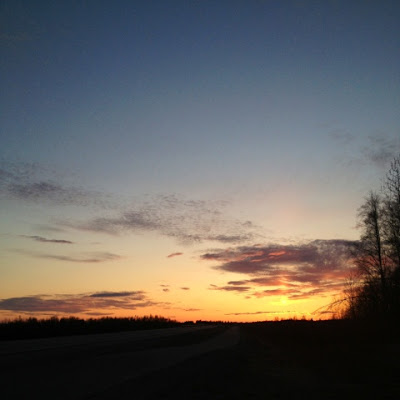 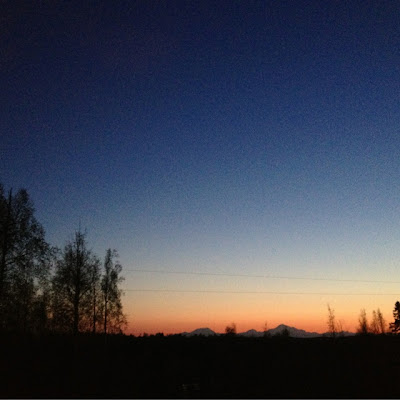 Posted by Lisbet at 4:53 PM No comments:

Posted by Lisbet at 4:50 PM No comments:

The day the trees budded out. 60 degrees and sunny. I can say with some conviction that summer is finally on its way.

Posted by Lisbet at 2:15 PM No comments: 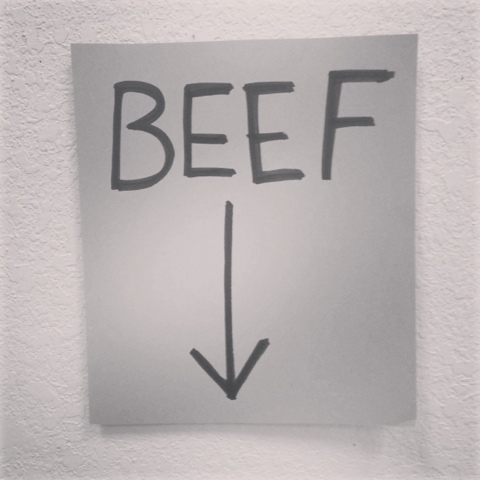 Posted by Lisbet at 6:13 PM No comments: 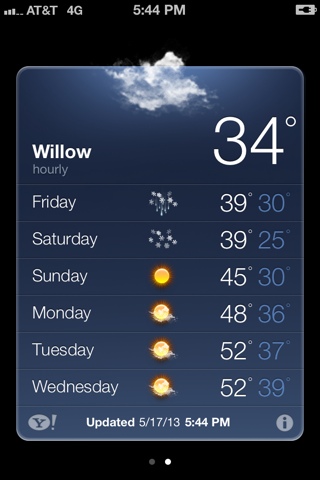 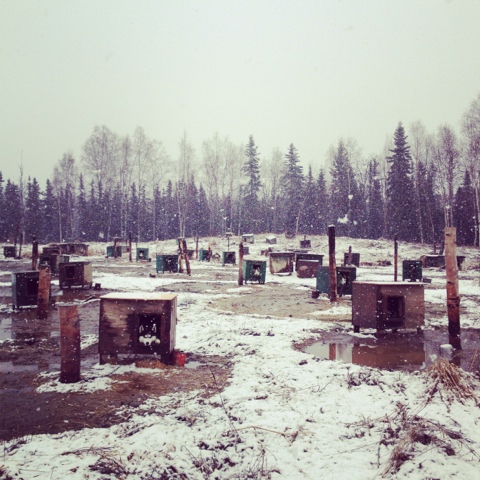 I may have spoken too soon.
Posted by Lisbet at 5:45 PM No comments:

Yes!! Spring is here....! The snow is disappearing fast and the dog lot is drying up just as quick. I've been baking, celebrating, cleaning & enjoying warmer temperatures. Wore shorts today!

headed out now to go feed dogs... hoping the bear or whatever creature was lurking around last night isn't still around ! 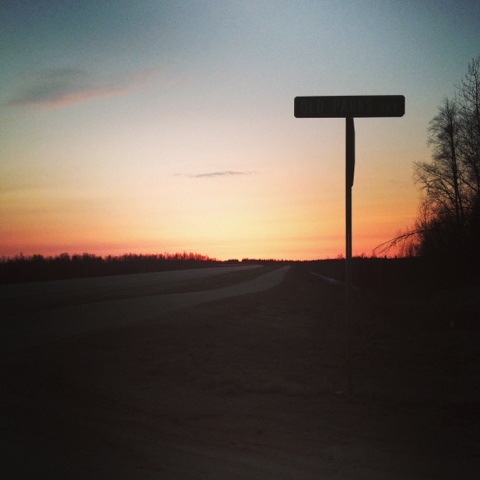 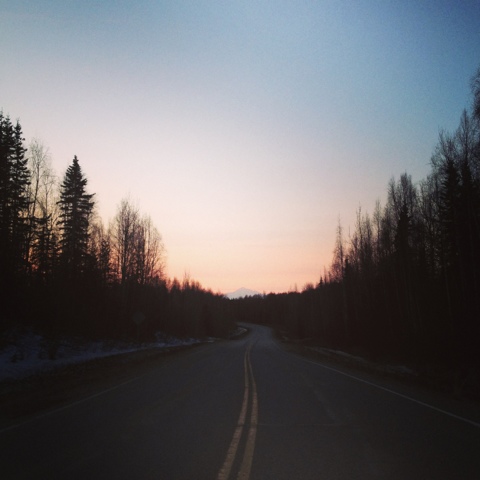 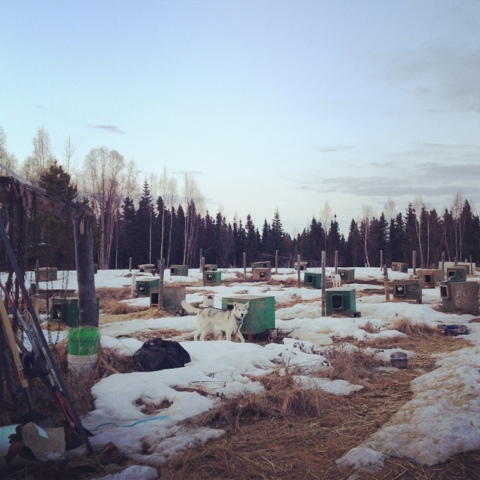 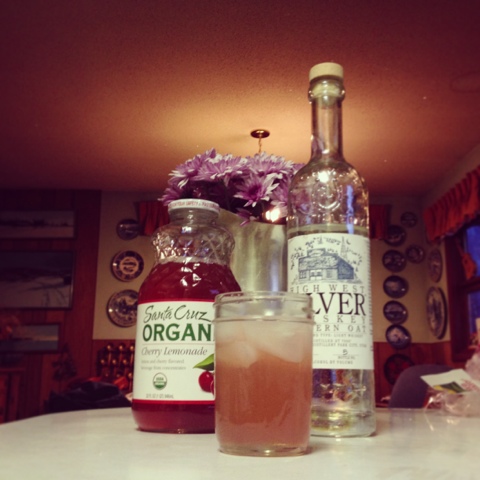 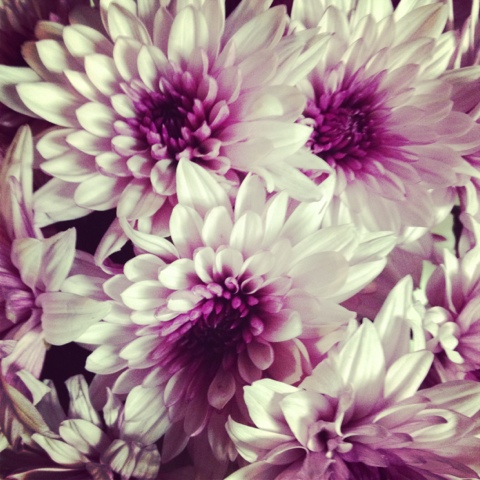 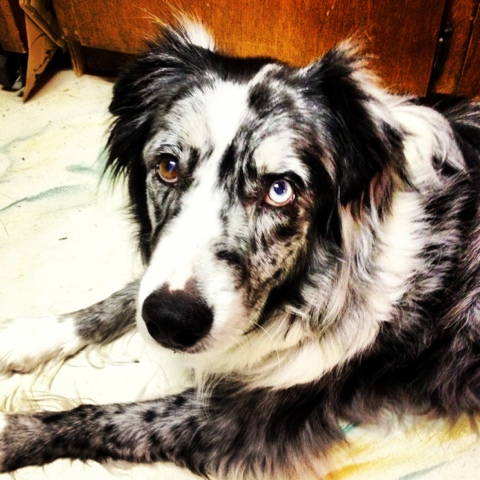 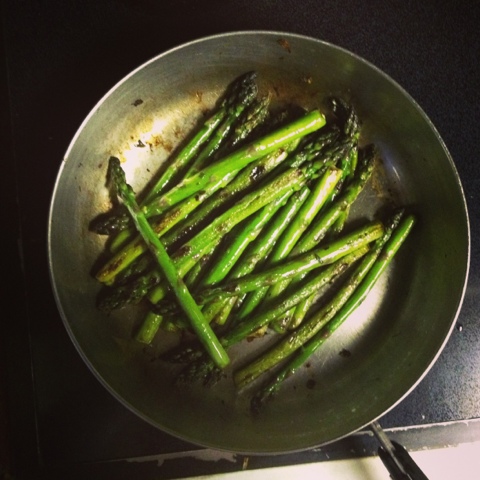 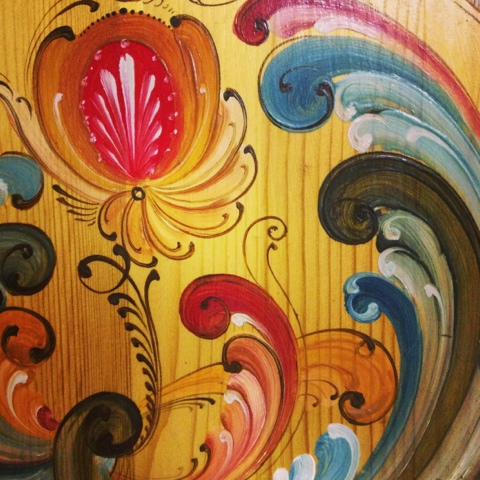 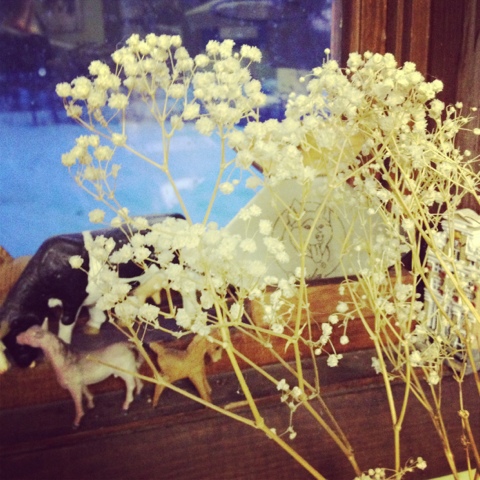 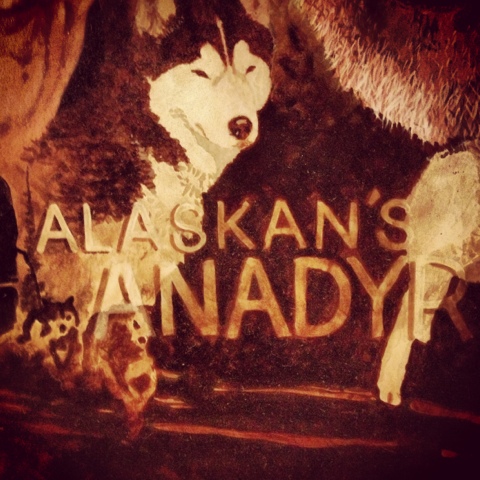