With the backing of friends, family & Siberian Husky fans from around the world, I finished the 2015 Iditarod one day faster than the year before, as the fastest Siberian Husky team, with 14 dogs still on the line.

I ran a relaxed schedule until we hit the coast, easing a team comprised of dogs with vastly different conditioning and experience levels into the race routine. I had one dog that had never gone further than 40 miles at once her whole life. So we took it easy. In Unalakleet, I realized my competition was well within striking distance & we picked it up a little. I had three goals for Iditarod this year: I wanted to improve my time from last year, I wanted to be the fastest Siberian Husky team, and I wanted to make it in time for the Official Finisher's Photo (Monica and I missed it last year).

I couldn't have done any of it without support from friends and family across the globe.  I am SO grateful for the assistance I have received and as we are gearing up for another season of training and racing, I am looking again to my supporters for help.  Racing costs me an estimated $30,000/ year.  I work hard to earn kibble money in the summer, but because racing is so expensive, I count on some of these costs to be defrayed by sponsorships.

At Alaskan Kennels, we want to show that Siberians can perform well in all venues, sprint especially, but my discipline is long distance racing. My eventual goal is to have the best placing Siberian Husky team in Iditarod ever —17th place or better. A lofty goal, but one I think we can realize in the next few years.

Would you like to help us achieve our goals? Are you someone who adores Siberian Huskies and would like to see them out on the trail where they belong?  Consider becoming a team sponsor.  Any amount helps & I am so grateful and appreciative of your support. Come on board and help us field a competitive Siberian Husky team in the 2016 Iditarod! 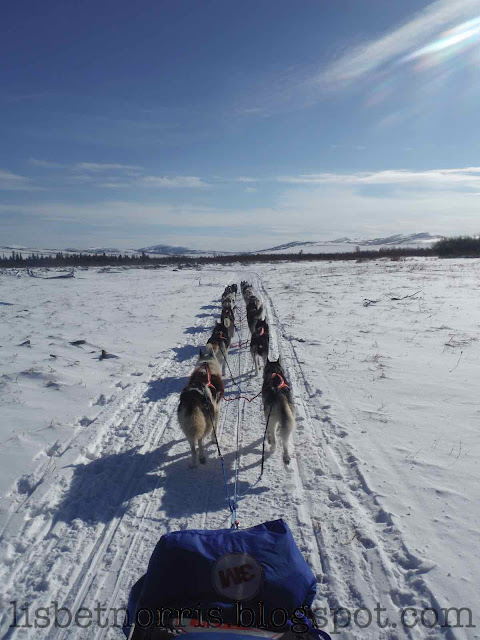